I did nothing about everything I should be doing something about today, and feel a little guilty.

However, I was not entirely useless I did sign a painting -- and sell it.

But mostly today I have bee movie making with my nephew, Zion (9). I have introduced him to Charlie Chaplin and he loves them, he also loves making movies so we made a Charlie Chaplin movie ourselves. We had none of our usual Plotless crowd around so it was a two man band but I think it turned out quite well! 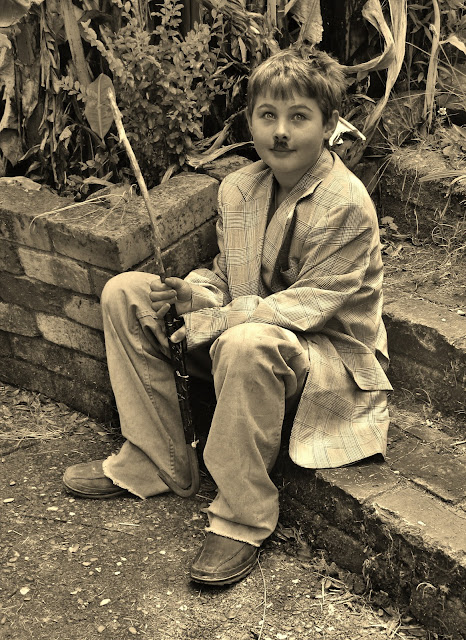 Here is the star himself! With his walking stick he made of a crow bar and stick! We have called the movie Charlie Hatless as we couldn't find a hat like Chaplin's, and what is Charlie Chaplin without his hat! So we are not pretending to be Charlie Chaplin, just big fans of his style!

I'll share the movie with you once it's on You Tube.

Here are our last two Plotless movies to entertain you.