The Beautiful South, a Hippie Van, and Something about Art For the last three weeks I've been on a kind of holiday. Holiday from much painting and drawing anyway! I flew away to the South Island just because I thought I'd like to see a certain engineering student whose dear name begins with the letter C...

One week with friends we went hitch hiking around the three blue lakes near Mt. Cook. We slept under the stars every night and traveled on our feet or by the thumb and a smile. The landscapes all around were truly amazing. I found myself wishing for a little hippie van in which to travel around the country all on my lonesome...and to paint. I might just do that, as soon as I can... be a wandering artist, and really try to capture that beauty that surrounds one down there.

I very much like the South Island. Everything is so much grander and wilder and more open than in the North where I live. If you have seen the Lord of the Rings or the Hobbit you have only glimpsed the magic of New Zealand.

But most of the time away I spent in the city of Christchurch where Caleb is studying. I'm quite impressed at the amount of hours engineering students spend hard at it. It seems as if they have so much to learn that they could work 24/7 and still have lots more to do. I spent a week in the University library. Lived on the fourth floor where all the art and literature books were. I believe I could spend a lifetime in there. So many books that I've been wanting to read, and that I would never otherwise be able to see. I read and read, wrote down quotes and had a mind teaming with ideas and words by the end of it.

One book I read was full of Rodin's thoughts on art translated from the French. I was interested in what he had to say about beauty. He lived at a time when the trends in art where changing dramatically, a similar time to now, when artists were suddenly liberated by a truth which turned everyone upside-down. He spoke of seeing beauty in everything, he said that true art could make anything beautiful.

'There is nothing ugly in art except that which is without character, that is to say, that which offers no outer or inner truth...Whatever is false, whatever is artificial, whatever seeks to be pretty rather than expressive whatever is capricious and affected, whatever smiles without motive, bends or struts without cause, is mannered without reason; all that is without soul and without grace; all, in short, that lies, is ugliness in art'

He was right, but those that came after him in the modern age, twisted the words to mean that 'all art could make all beautiful' and then 'art is beautiful because it is art', and eventually got rid of the idea of beauty altogether for even they could not see beauty in what they created. 'Art for Art's sake' became the motto. What happened to the amazing discoveries of the impressionists and other artists of that era that art was brought to such a low level so soon after?

Perhaps a better phrase would be 'Art for Life's sake' after all what is art without life, truth, or meaning? I think the mistake that artists make over and over again throughout all the art movements of history is to  forget about what they paint and look at the paint itself. They forgot what they were trying to say because they found such a brilliant way of telling it, they saw it was brilliant and than all they could think of was the telling and forgot what they really wanted to say in the first place. 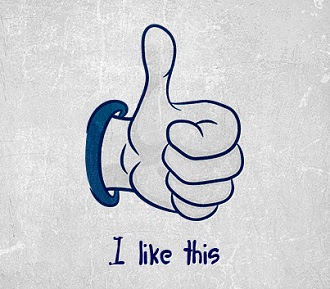