The Snow down South

I came home from the snow on Monday night totally exhausted and a bit sick but very satisfied and happy. We had an amazing time down on Mount Ruapehu. Everything went fine, and there was no one in the hut already, and no one hurt themselves too badly tearing down the slopes on toboggans and skis. Not many of us had skied before so that was amusing to see! I had a go and did begin to get it, and it was so much fun! My second time ever in real snow! And we even got snowed on! 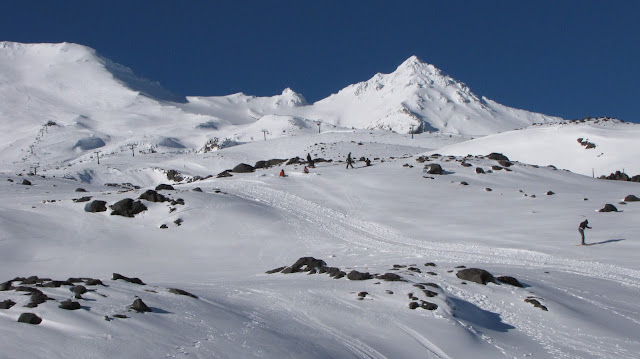 Here's Lupton Hut with a rainbow behind her. It was an hour and half walk from the car park. She was a snug little cabin and even had carpet on the floor! In fact, it was warmer than our house at home! 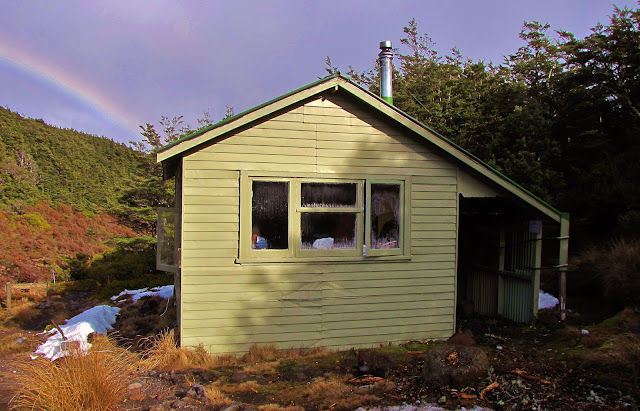 We called ourselves the Snow PatrolL 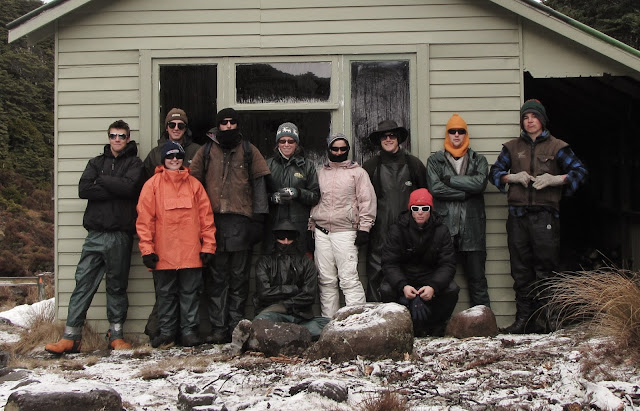 And that's me with my inside-out bag which everyone claimed had more stuff attached to the outside than it had on the inside! But that was on the homeward journey. 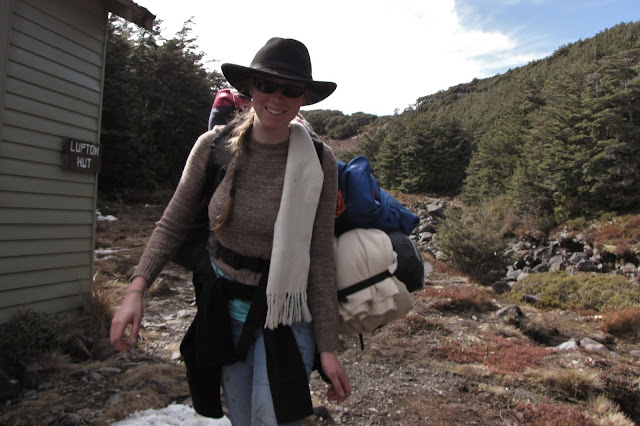 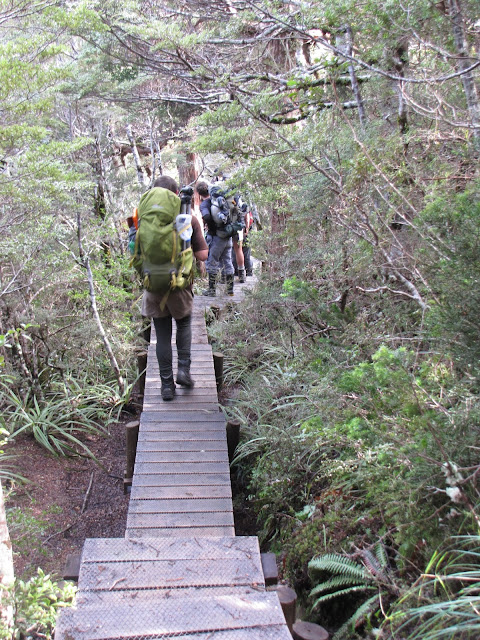 The mountain is a very touristy area which meant the paths were pretty flash! 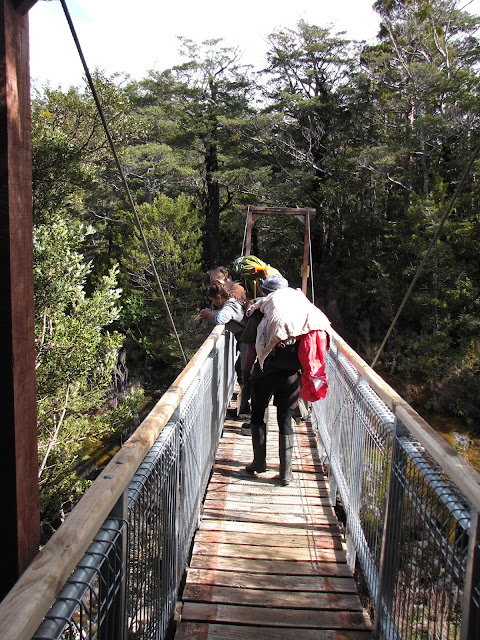 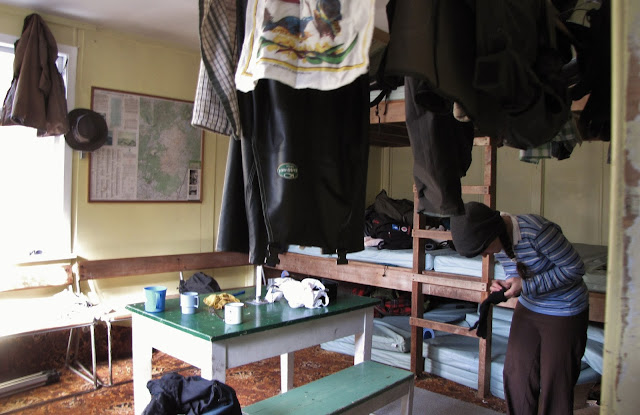 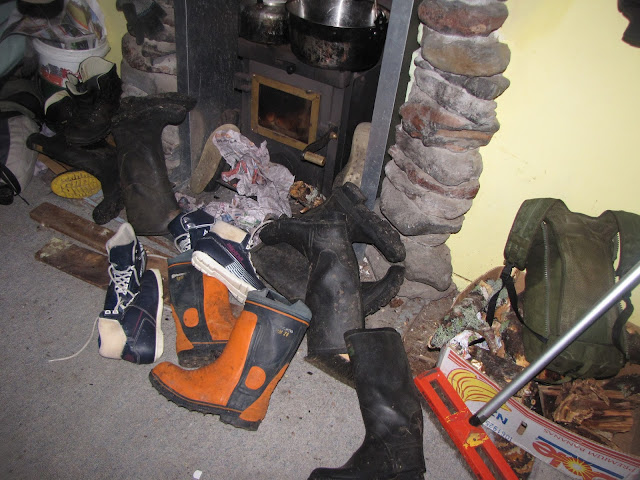 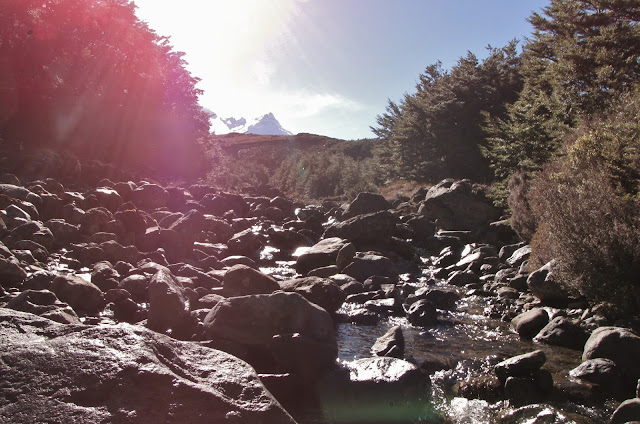 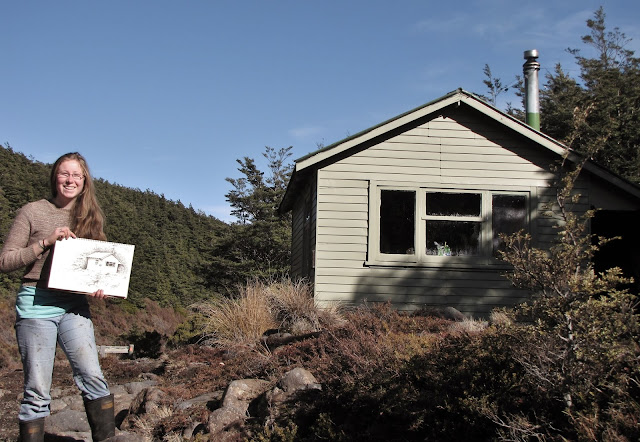 I just managed to find a couple of hours to sketch the hut, I wish I had had more time, but we were always doing something from early in the morning till dark. 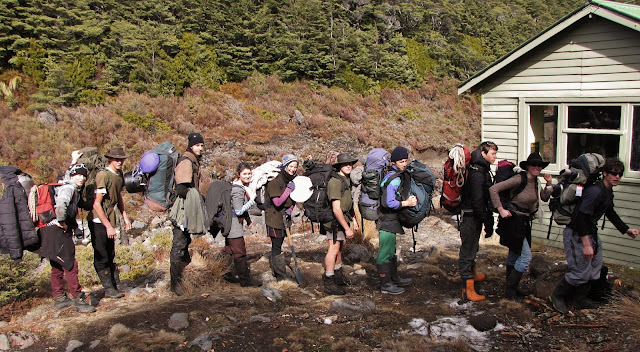 The real snow was about an hours walk up from the hut. One day we walked as far as we could up into the snow, and the rest of the days we walked back out to the van and drove up to the ski fields where we had fun on the toboggans and skis.

Here is a video of us on the snow on the last day. I'm the photographer so you only see my feet sliding down! :)
Posted by Unknown at 5:28 PM