Entries close today for the Parkin Prize which I entered only yesterday at the last minute. I wasn't sure if I would enter, but I thought I might as well so this week I drew something inspired by the romantics and the Pre-Raphaelites.


I wanted to not get too tight in this drawing, but leave a lot of expressive and simple lines in it to give it a sort of magical fairy-tale feel. It was quite hard to resist the temptation to go on rendering it, but I knew if I kept going I might have killed it. When I finished and framed it I didn't know what to think and hid it behind another drawing so I didn't have to look at it! I think I like it now, but somehow this feels daring for me because I have always striven for realism in my work and to be able to draw something like this truly I have to rethink how I value art. But that leads on to a very long discussion about what matters in art which I wont bore you with just now. Here is the drawing:


Which I have named, 'Unheard'.

Here are the winning entries for the Parkin Prize since it began in 2013. So you can see that my work is very different. Well, we shall see what happens and I will let you know if mine is one of the 70 to 80 pieces that will be invited to the exhibition where the winners will be announced.


I would like to enter the contest every year until I get into the exhibition at least. I entered in 2013 but did not get in with my big cat drawing. Fair enough, I liked it well enough but I never was inspired about it. 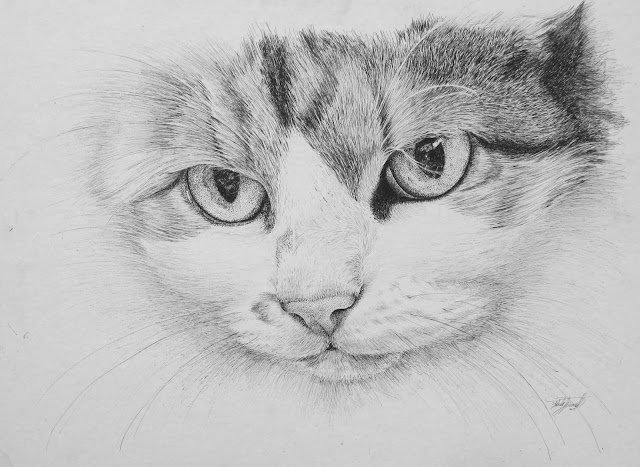