Art of a Hut Tramp the First

Hello! I'm back from my first Art of a Hut adventure. Caleb, Thomas and I spent three weeks tramping through the Kaimai and Urewera ranges. I did a lot of drawing and spent just as much time walking. I'm heaps fitter now, after the first week or so I was quite tired, but I quickly go used to it all.

Here is a link to my newsletter in which I've written a summery of how it all went along with some photos.

Here is a sample of sketches from my sketchbook which I took on the trip:

Daly's Clearing Hut was the first hut we stayed at. It is at the top of the Kaimais. I really enjoyed the time we spent there the weather was beautiful. We visited the huge kauri trees nearby and swam in the river. And this is where I ate possum for the first time! Was really nice too, tasted like butter chicken!

It was the weekend so on the second night we were there the hut was full of people. Several groups came and people were sleeping on the deck because there was no more room in the hut. Here we met a guy called Matthew who was training for a long endurance running race in the Sahara Desert. He showed us some useful map and compass skills which proved to be very helpful later on. 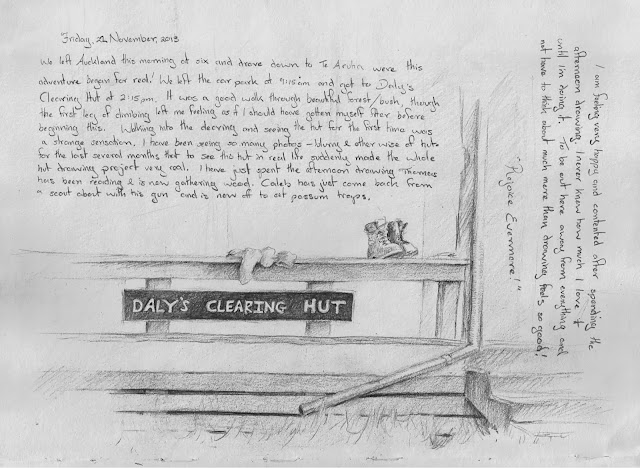 This is  a hut which we passed on the way to another hut. I began the drawing on the walk in, but it began to rain so I packed up and we walked on the next hut where we stayed. On the walk out again I stopped to finish the sketch. Thomas ran from there all the way back to the car to begin cooking the rice for lunch. On walking days time was precious because we had to walk all the way out from one hut, drive to the next carpark and walk all the way into the next hut and we never knew exactly how long that would take. On this day we didn't get to the next hut until 11:30 that night. Little did I know that as I sat on the damp grass sketching Skip's Hut. 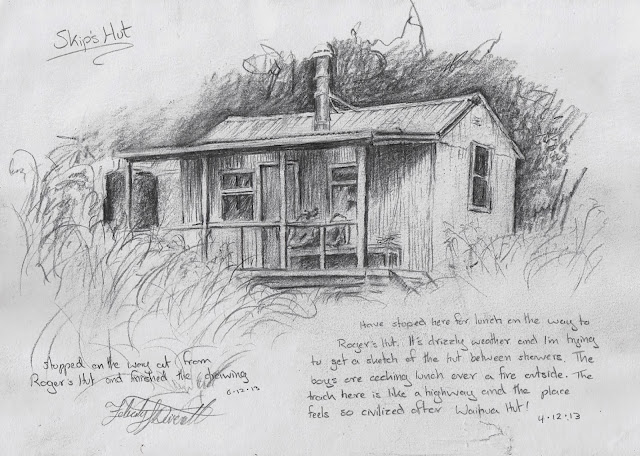 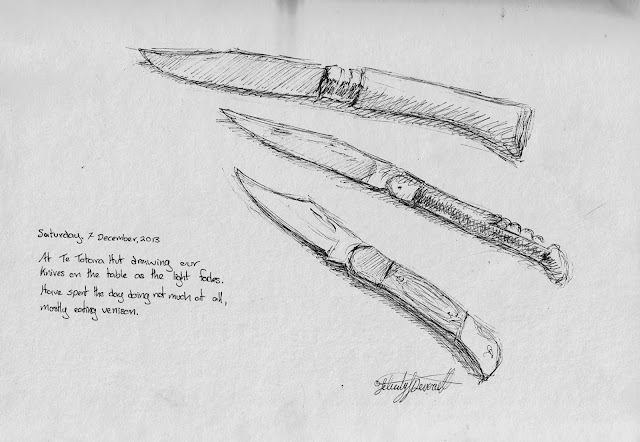 Several of the tracks to hut followed rivers or streams. Te Totara Hut was built right beside a river and I took the opportunity of practicing drawing water, rather tricky using a pen, but I learnt a thing or two. 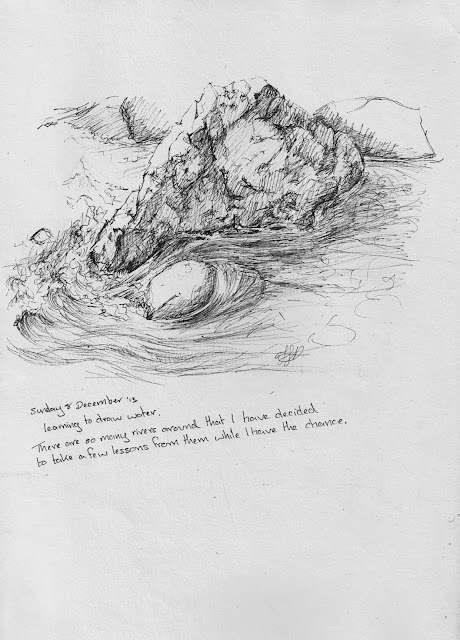 Caleb did a lot of fishing for trout. But they were all pretty cleaver creatures and eluded his hook. Except for this one which we ate for dinner. 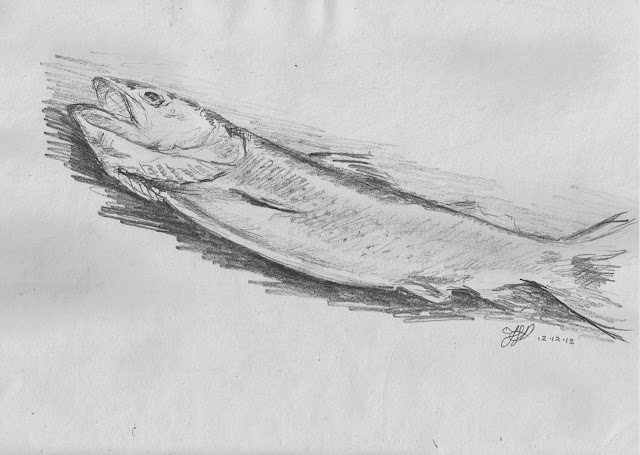 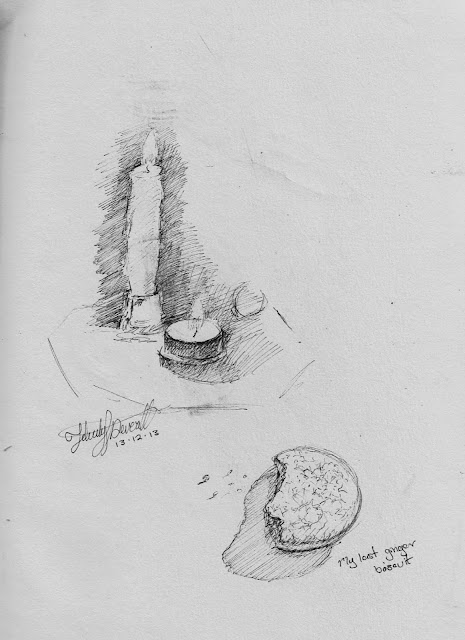 It is really good to be home again and I've enjoyed Christmas with my family.

It hasn't all been a jolly holiday though. Lady, the horse I've been training and hoping to sell cut open her leg on Christmas Eve and had to have seventeen stitches in to sew her up. So I'm busy looking after her and trying to keep her from moving too much. She should heal in a month or more and wont be lame at all, thankfully. 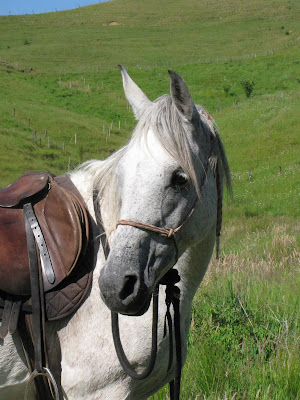 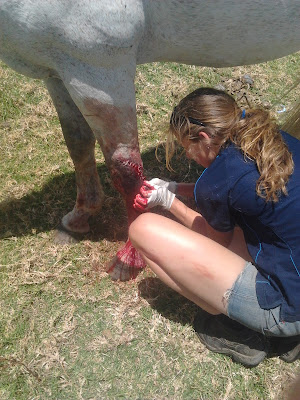 Getting stitched up by the vet. 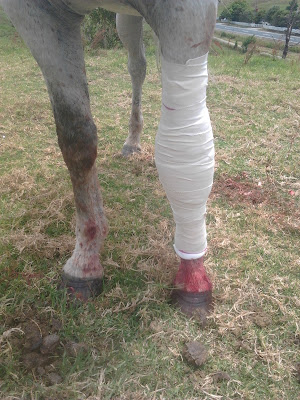