My nephew has been staying with us for the beginning of the school holidays. Its just me at home for him to play with at the moment so we have had fun playing Lego, watching Charlie Chaplin, and practicing magic tricks form a book he got for his birthday yesterday. He turned nine! 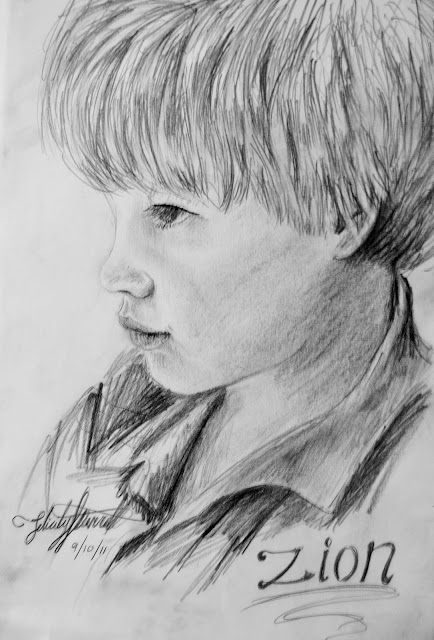 I let him play on my computer if I could draw him so we sat on the deck in the sun and I drew him while he was concentrating on the screen. He wasn't very complimentary of my result. I asked what was wrong with it and he pointed out that his head was too round, I changed it and he assured me it was a bit better. Children are such good judges because they tell the truth and say whats wrong and don't just say 'somethings not quite right.' I had trouble with the eye, too. He has such beautiful eyes I may try make another drawing of a front or three quarter view. 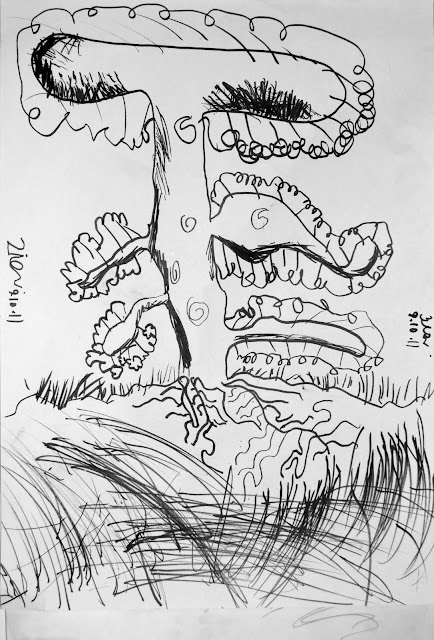 He likes to draw sometimes when he is with me and drew me a tree. I showed him how to shade and how to draw grass. I love children's art like this, before it becomes just a repeat of the same things they have learn't to draw. I remember how I used to draw a house with a chimney or two with curly smoke coming out, a tree with one big branch sticking out to hold a swing, a couple of triangle people, a flower bed, and later on a horse looking on over a fence. And that is almost the only picture I drew for years!
Posted by Unknown at 10:11 PM